I posted this bit on my law blog, and republish it here. While superficially it looks like pure self-aggrandizement, it’s really just another excise for me to thank our volunteers without whom the race would not be possible and to encourage others to volunteer. Somewhere. Anywhere.
————— 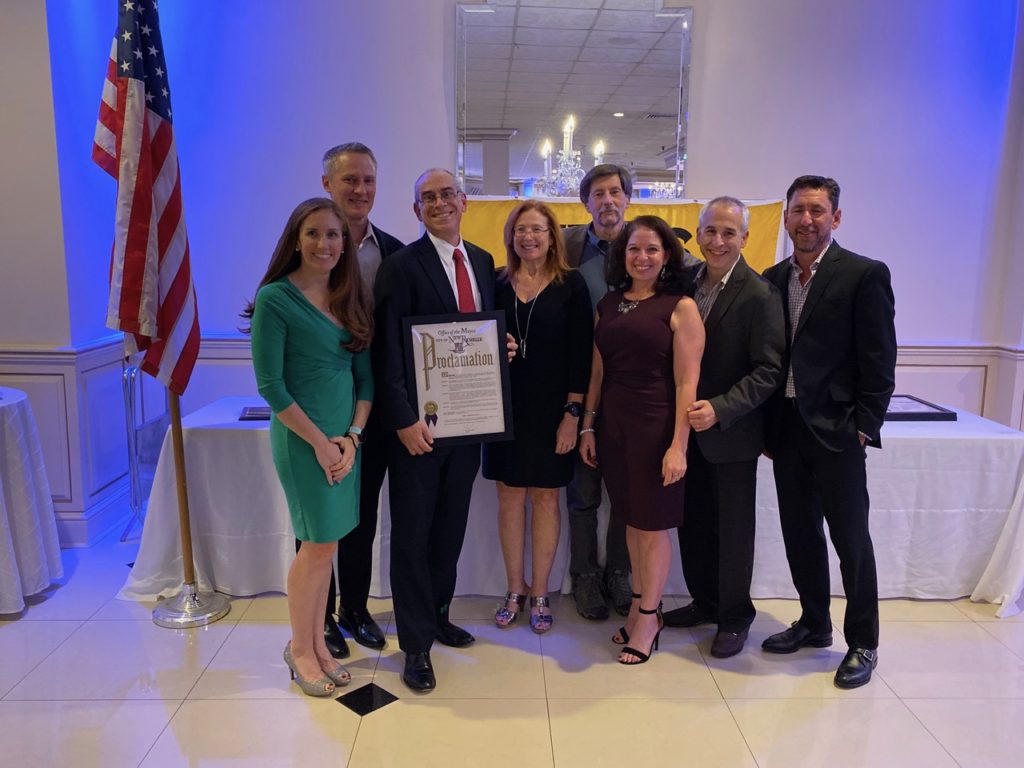 There are three kinds of people in the world: Those that get things done, those that watch things get done and those that wonder how things got done.

Last night in New Rochelle I was honored by Meals on Wheels at their annual gala for getting something done. Not for its organization, dedicated to getting meals into the homes of those that can’t get out, but for community service in putting together a half marathon trail race that has averaged 700 people a year over the last several years. We get registrants from 15-20 states each year, and net proceeds go to the trails and parks.

We get good reviews.

But writing about myself isn’t exactly my comfort zone, as regular readers know. You noticed that the prior paragraph says “We?”

I write today with a broader message. About volunteering.

Stick with me here, because this time I hope to have a point.

The room last night at the gala was stuffed full of volunteers, people who are doing things for their community. People who get things done. For many of them the volunteer work they do is completely divorced from their occupations.

When I put on the race, we turn out about 200 volunteers on race day, handling a wide variety of race logistics needed to put on an event that rambles a giant loop through multiple jurisdictions. I chose a photo for this post that included a few of those volunteers for a damn good reason.

When Meals on Wheels does it, it isn’t a one day affair after a few months of planning, but a month-in and month-out commitment to give something back to the community.

Volunteering is like that, giving people a chance to step out side the box they have placed themselves into and get another perspective on the world while helping others.

Professionals in particular, I think, need to do that as many of us become so consumed with the profession — be it law, medicine or any other — that it myopia becomes easy. We become known for doing x, and as a result become ever more specialized in life regarding that x. But in doing so many of us unwittingly lose sight not only of the big picture, but all other pictures.

So get out, step up, and do something different, even for just a few hours a week. Being the person that gets something done is rewarding not only to those that benefit your actions, but for yourself as well. It’s good for the soul.

Now about that headline calling saying that today is “Eric Turkewitz Day.” Well, it is in New Rochelle. By proclamation of New Rochelle’s mayor.

And October 28th will be “Eric Turkewitz Day” again, this time by proclamation of the Westchester County Board of Legislators. And I have the documents to prove it.

One fun little note about the documents — and this includes citations and proclamations from statewide legislators — is that much of the information comes from the little bio that I wrote for the official gala program.

But I had no idea that, when I mentioned my dog Tucker McDoofusPants in that bio, it would end out in many of those official proclamations.

The Mayor said, “So let it be written.” And it was.